How Ad Fraud Can Compromise Your Media Spend Optimization Efforts 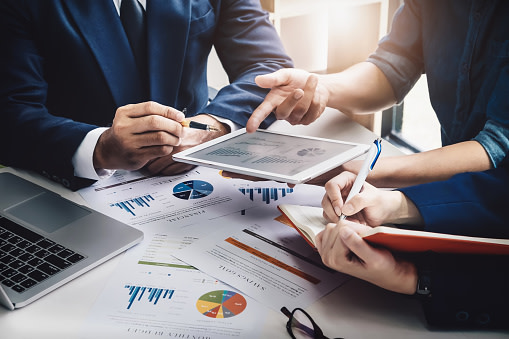 Fraud is a growing problem in the world of digital advertising. Right now, ad fraud accounts for one out of every three dollars spent by digital advertisers – and unless a dramatic change is made, Forrester predicts that the industry stands to lose $10.9 billion from fraudulent advertising. Since ad fraud is a growing concern among marketers, it’s important to understand exactly what it is.

On its most basic level, ad fraud is when organizations or agencies pay for advertisements to appear on fraudulent sites, or when data is skewed from advertising initiatives with illegitimate clicks from bots or click farms. Unfortunately, ad fraud is not easy to detect, and is very easy to falsify. This is because online ads are often not directed at a single person, while the expansive nature of the internet makes your target market seem limitless.

This means that ad fraud doesn’t just have immediate financial consequences – it can also be hugely detrimental to your overall online strategy. Read on to learn more about how ad fraud works, and how to prevent it.

The Types of Ad Fraud

Not all ad fraud is identical – making it even harder to detect and monitor. While this is not an exhaustive list, here are the primary ways that ad fraud occurs on digital mediums:

With fraudulent activity occurring in so many different ways, it’s growing increasingly difficult for marketers to minimize instances of ad fraud. This doesn’t just cause financial losses for marketing departments, it directly harms initiatives to optimize marketing spend.

Ad fraud causes huge disparities when measuring the success of campaigns. This is difficult to overcome for two main reasons – one of which is unintentional, and the other being more intentional.

First, many marketers are unaware of how strongly they are being affected by ad fraud. This means that any insights gained from these campaigns are ultimately tainted, causing campaign statistics to become hugely skewed. For example, if an ad receives many impressions but few clicks due to tactics like ad stacking or pixel stuffing, marketing teams may assume their messaging is ineffective. Then, they may spend time workshopping the advertisement to get more clicks and conversions. However, the original ad may have been effective on its own – and marketers may mistarget their future campaigns as a result of this.

On the other hand, some marketers are more aware of the impact of ad fraud on their campaigns. However, these marketers may be influenced by structural conditions that tend towards valuing vanity metrics – which make marketing teams look good, but don’t necessarily contribute to the bottom line. If the C-Suite is asking marketers how many clicks and impressions they receive rather than how they directly impact sales, marketers may welcome fraudulent activity that makes their growth steadily increase. Or, perhaps they’re not comfortable admitting that being a victim of ad fraud has caused their department to cost the organizations thousands, or even millions of dollars.

Overall, ad fraud can have a huge impact on the performance of marketing teams – resulting in a lack of efficacy across the entire organization. However, if we understand how ad fraud harms media spend optimization, it becomes possible to resolve these problems in a well-informed manner.

Although ad fraud is undoubtedly a pain point for organizations that engage in digital marketing, they certainly should not abandon or scale down their efforts. Instead, organizations should examine the overall mechanisms that are used to measure the success of marketing teams. If the success of a marketing team is being measured by vanity metrics, then it’s best to enact a top down initiative to approach data from a quality, not quantity perspective.

This requires measuring campaigns against actual business outcomes. By changing your organization’s focus in this regard, your marketing team’s efforts will be grounded, and they will be able to better identify how ad fraud is impacting their online strategy.

While a single one of these metrics can’t prevent ad fraud all on its own, using a combination of all three in your media spend optimization

efforts will help your organization cut through the noise caused by ad fraud. Not only that, but changing your focus towards quality metrics will remove any motivation for marketers to misrepresent their performance for the purpose of showing continued growth.

Ad fraud is a growing problem in the world of marketing – but it’s not impossible to overcome. Through changing your organization’s approach towards marketing measurement, ad fraud will have less of an impact on the performance of your marketing teams. To ensure that this data is being used to its fullest potential, be sure that your organization is leveraging a modern marketing analytics platform to process data and metrics in an insightful, grounded way.

By using a data-focused approach to ad fraud, marketing teams will use their budget more effectively – resulting in greater success in the long-term.

The Steps, Tools, and Models Needed for Media Spend Optimization

Given the complexity of today’s omnichannel marketing landscape, the importance of strong marketing ...
Best Practices

As the media mix continues to expand across offline and online channels, consumers are engaging ...
Best Practices

The New Definition of Marketing Optimization

The process of marketing optimization has recently undergone major changes. In the past, most ...