Direct response is a type of marketing designed to elicit an instant response by encouraging prospects to take a specific action. Direct response advertisements must trigger immediate action from prospects, since the goal is to generate leads quickly. In contrast to traditional marketing, which aims to raise brand awareness and promote brand image long term, direct response shows ROI immediately.

What is Direct Response?

Marketers can leverage direct response on any numbers of channels, including TV, print, radio, email, digital and social. Each direct response campaign should have a specific goal — sign up, share with contacts, register, etc.— and, in exchange, provide prospects with an irresistible offer.

Direct response is one of many ways to engage your target audience. Download our white paper, The Waste in Advertising,  to help inform how you build your media plan. It only takes 5 seconds.

There are a few key differentiators between direct response advertising and other types of campaigns; the main distinction being the goal of driving a specified action. In order to lead a successful  direct response campaign, your advertisements should include the following elements:

In order to get consumers to respond to your ad, they need to know that it’s beneficial to them. Focusing on the brand will not get consumers to respond to your ads. Focusing on consumer problems or on things they care about will yield better results. This could include offering a white paper on a topic in their field or encouraging them to opt-into a newsletter list with valuable content.

How well do you know your customers and do you know what they will respond to? Targeting your ads to specific groups so you can personalize the message will generate the best results; 80 percent of consumers say they are more likely to do business with a brand that offers personalized interactions.

Since a direct response is defined as an ad that calls viewers to do something, the offer is a crucial part of the advertisement. Effective direct response advertising may not aim to sell the prospect a good or service at the moment, but instead may be trying to encourage the next action, such as: download a white paper, sign up for the newsletter, attend an event.

A sense of urgency inspires consumers to act quickly, increasing conversion rates. Direct response ads should emphasize urgency by using techniques like scarcity (“while supplies last”), time limits (“discount code expires on Sunday”), and competition (“whoever gets the most social shares receives a prize.

Launching successful direct response campaigns requires sophisticated consumer data and analytics so that ads are personalized and delivered on the right channels at the right times to generate maximum ROI. Other best practices include:

Consumers are less likely to fill out forms with a high number of fields to get to a white paper or wait on a phone line for more information. Thus, make it easy and quick for your consumers to respond to your ad and your conversion rates will increase.

Make the Call to Action Specific

Part of making the response easy for consumers is incorporating a specific, clear CTA. The desired next action should be immediately recognizable; let the consumer know exactly what they need to do and how to do it. For example, if the goal of the campaign is to have people opt in to your newsletter, only include a CTA button for this action, as additional CTAs (say, promoting your social channels) will distract from the goal.

Consumers are bombarded by advertisements— most Americans see between 4,000 and 10,000 ads every single day— and have learned to ignore most of them. In order to stand out and grab attention, your direct response ads need to use compelling copy and, if applicable, gripping subject lines.

Ad copy should be as personalized as possible, targeted strategically by channel and medium, and simple enough that consumers can quickly understand what you’re offering.

Since many of these campaigns are offering value instead of focusing on the final purchase, make sure your sales and marketing teams are clear on how to engage prospects further, moving them down the funnel. Will these leads be placed into a ‘nurture’ campaign or will sales follow up directly? Establishing next steps is crucial when setting up your direct response campaigns.

Direct response isn’t limited to emails or social. These are numerous ways companies can engage with their audiences to encourage a response:

Harry’s has been a leader in the men’s shaving space and has risen to prominence by focusing on content and direct marketing. One of their key campaigns centered around their refer a friend program. The response was simple: Refer a friend to Harry’s and receive free products and other promotions.

When Land Rover opened its Liverpool showroom, they sent 100 customers a balloon invitation to the opening event. At the end of the balloon was the invitation, encouraging them to attend.

The following channels are great avenues for direct response advertising:

In the age of the internet, most people enjoy receiving postal mail as long as they don’t view it as junk. Team with your creative team to create memorable direct mailers so that when recipients open their mailbox, they’re driven to respond.

Infomercials are still an effective way to sell products. Additionally, your team could consider buying a television ad during a popular event (such as a sports game), since this will have the highest live viewership. In the digital age, you can also promote a video on channels such as YouTube to drive responses.

Radio and billboards are effective ways to target commuters. Consider how and where your target audience is likely driving, then advertise an easy to remember landing page, which has proven to be more effective than providing a phone number to call.

Whether it’s AdWords or an email sent out to a publisher database, the online space is a great way to do targeted advertising that generates responses. With guaranteed lead programs and CPC-based pricing, you can also ensure that each dollar spent is used to generate ROI goals.

What is Marketing Analytics? Tips, Tools, & Why It Matters

What is Marketing Analytics?

Marketing analytics is the practice of using data to evaluate the effectiveness and success of marketing activities....

Today’s consumer has more power than ever, and marketers have to meet their target audience where they are by determining which platforms they’re...

What is a Digital Marketing Platform?

Modern digital marketing relies on technology to analyze the comprehensive performance of a business’ marketing campaign, and help guide future...

What is AI Marketing? A Complete Guide

Many companies - and the marketing teams that support them - are rapidly adopting intelligent technology solutions to encourage operational... 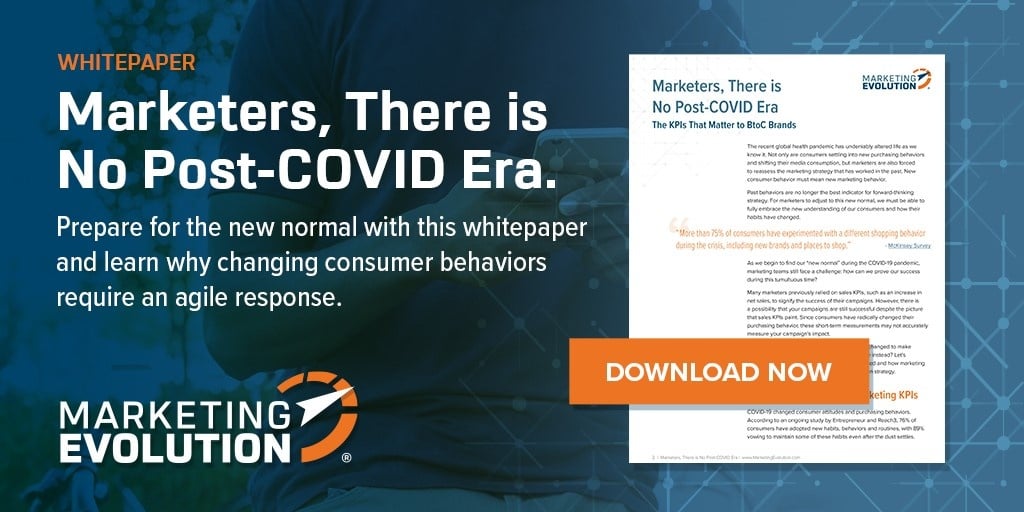 What is Marketing ROI and How Do You Calculate It?

One of the most important components of a marketing campaign is to evaluate its performance and impact and profit so that it can be determined...

Multi-Touch Attribution: What It Is & How To Use It

A buyer's journey spans through many devices and touchpoints before resulting in a conversion. In order to optimize campaigns and create more...

What is Unified Marketing Measurement?

For marketers, marketing measurement is critical for determining campaign success, optimizing the media mix, and reducing wasted ad spend. With the...

What is Multi-Channel Marketing

Multi-channel marketing mixes many distribution and promotional channels into a single, unified strategy to attract customers. This approach...

What is Offline Media Optimization?

Offline media optimization is the analytical process of collecting and matching data from across the marketing mix to offline channels in order to... 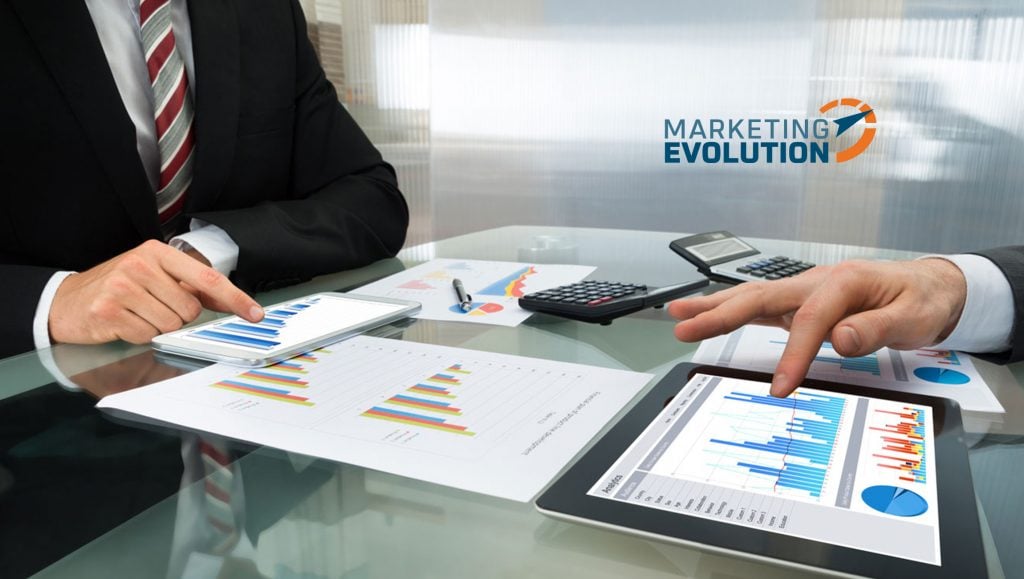 What is Data-Driven Marketing?

Data-driven marketing is when marketing teams build their strategies based on the analysis of big data. This analysis will offer insights into...

What is Marketing Attribution? A Complete Guide

Today’s marketers rely on multi-channel strategies to carry out marketing campaigns, both online and offline. While this practice enables marketers... 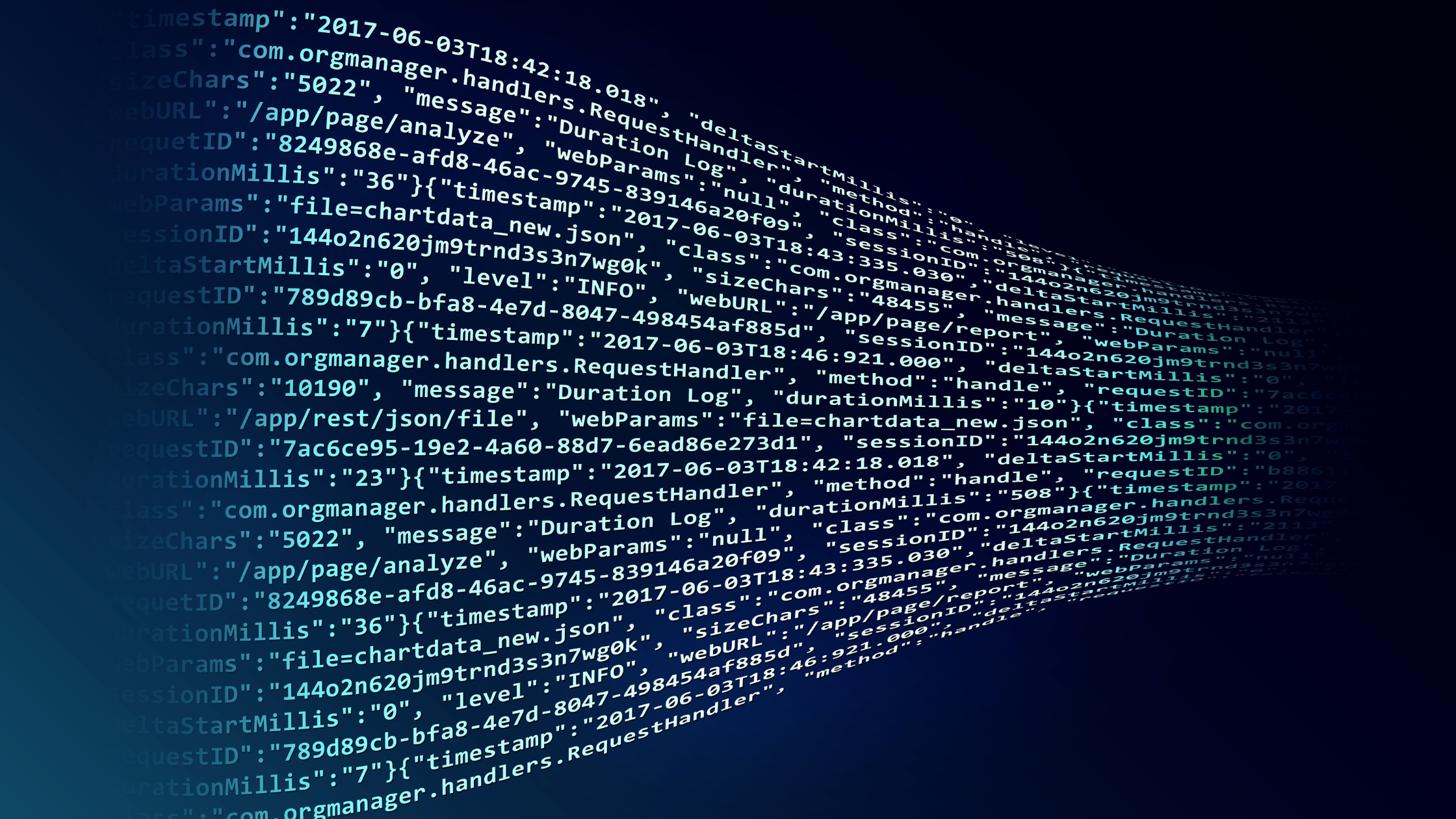 What is Marketing Intelligence?

Marketing intelligence can mean a lot of things and with so many platforms, data, and technologies available these days, the term is thrown around...

What is Marketing Technology and Martech?

MarTech has become a standard part of our vocabulary. In fact, according to Google, it's search over 10,000 times a month in the United States alone.... 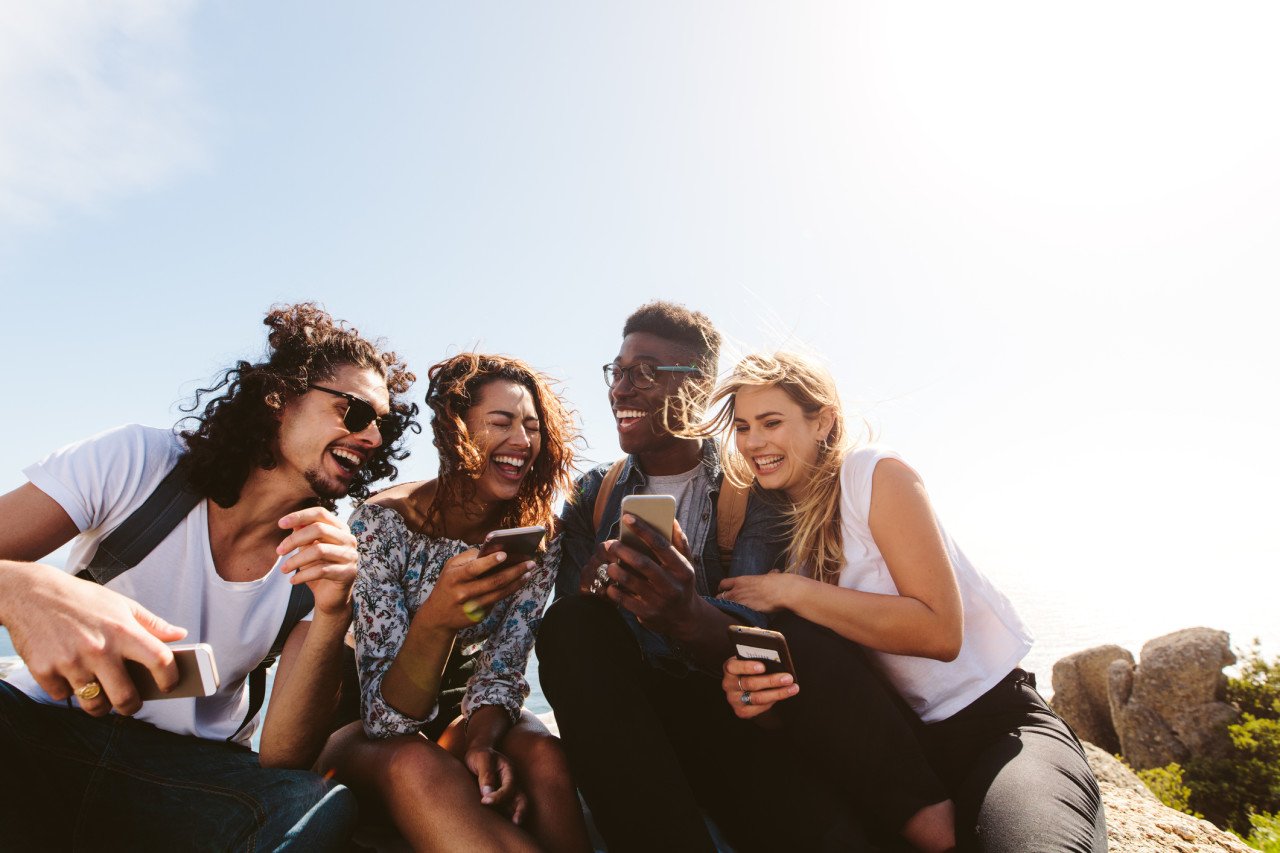 What is People-Based Marketing?

In recent years, consumers have quickly come to expect a certain level of personalization when interacting with a particular brand. There are many... 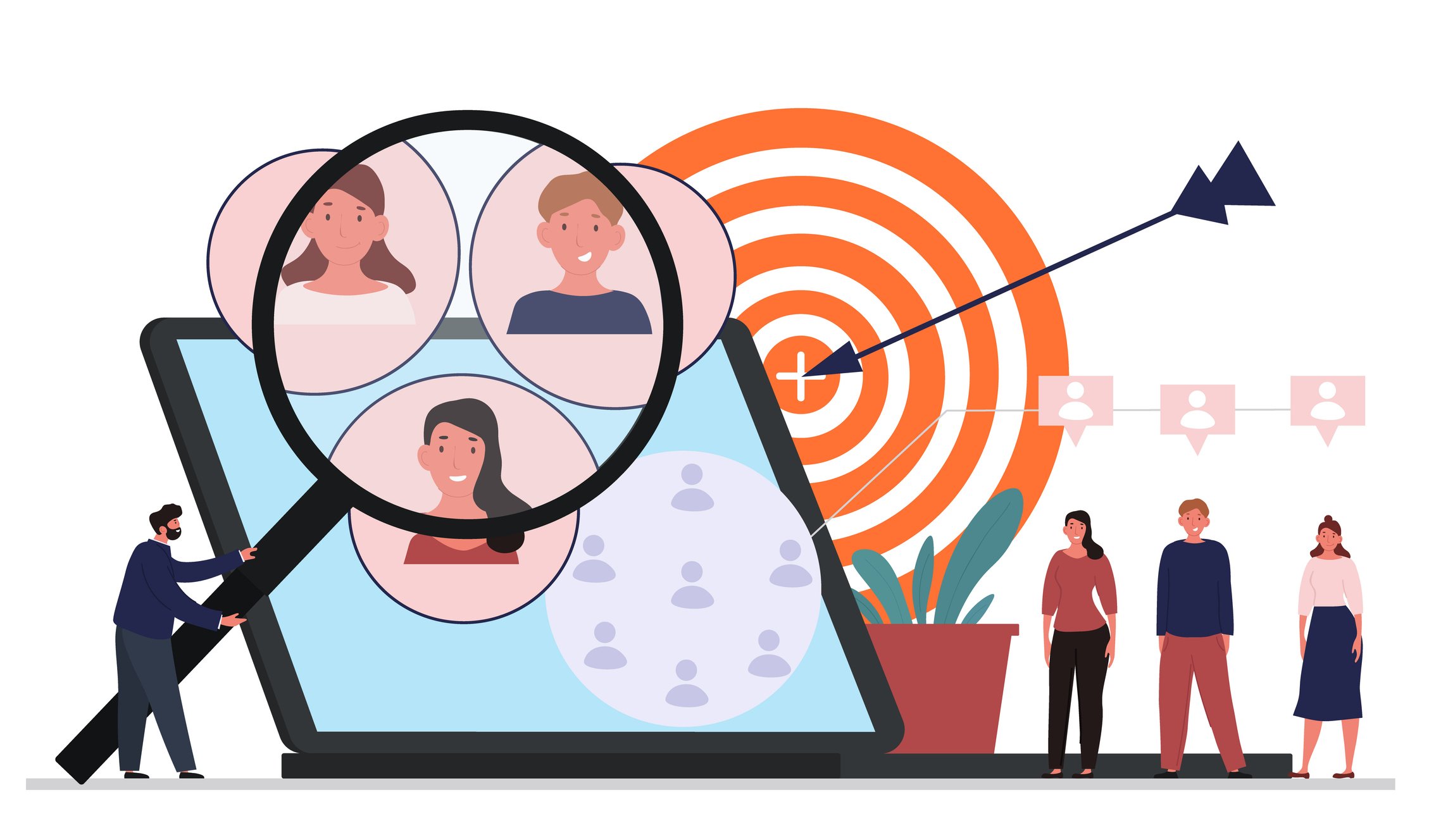 Working with established retailers definitely has its perks – but if you’re focused on building a strong brand, you don’t need to rely on retailers...

What is Media Mix Optimization?

What is Media Mix Optimization?

Media mix optimization is an analytical process during which marketers evaluate the performance of various campaigns...

What is Location-Based Marketing?

Location-based marketing allows organizations to target consumers at a granular, person level with online or offline messaging based on their... 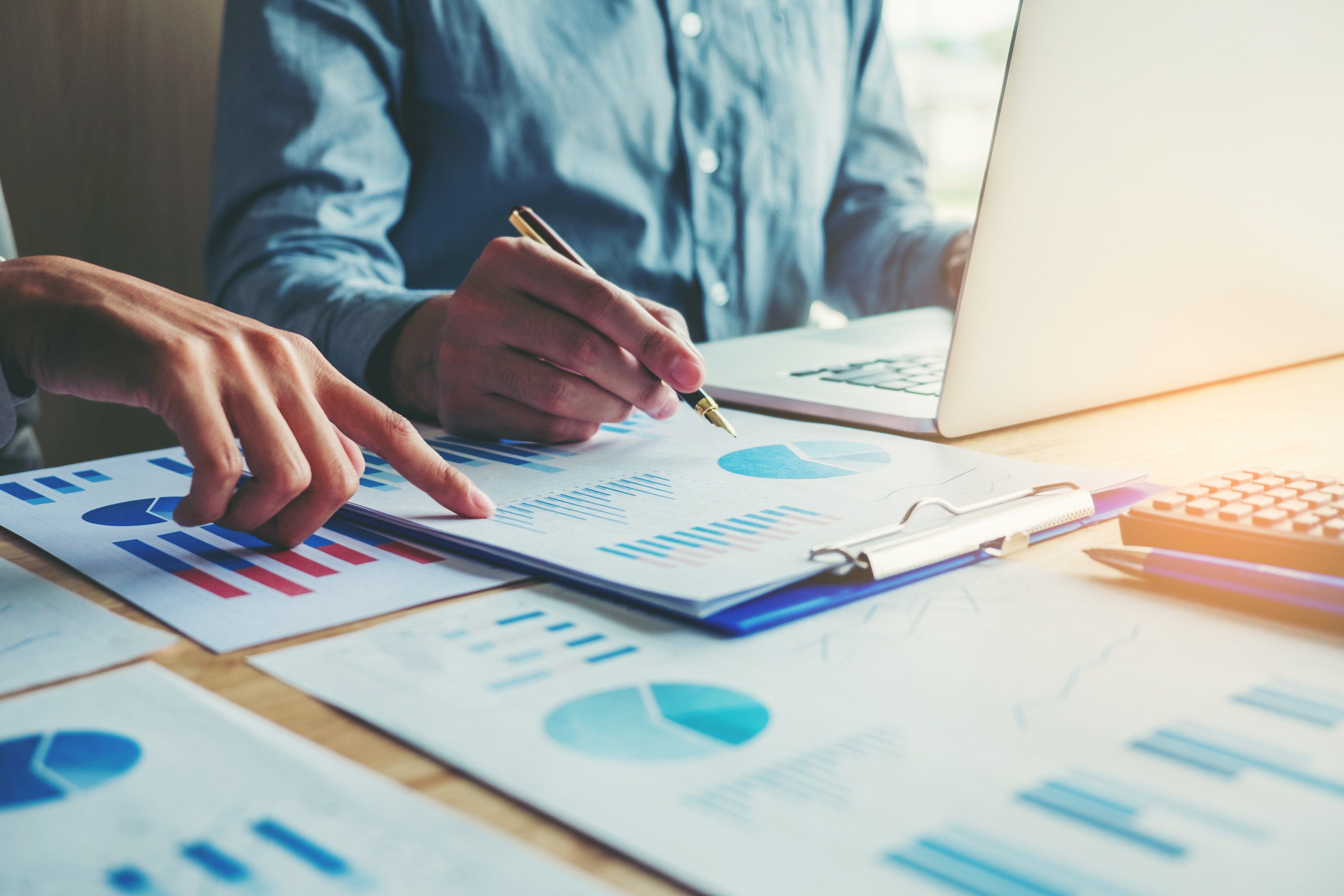 What is Media Mixed Modeling (MMM)?

In today’s expansive digital landscape, marketers have access to seemingly endless amounts of data - but are they using that data to its full extent?...

What is Omnichannel Marketing? Definition, Tips, And Examples

Omnichannel marketing is the integration and cooperation of the various channels organizations use to interact with consumers, with the goal of... 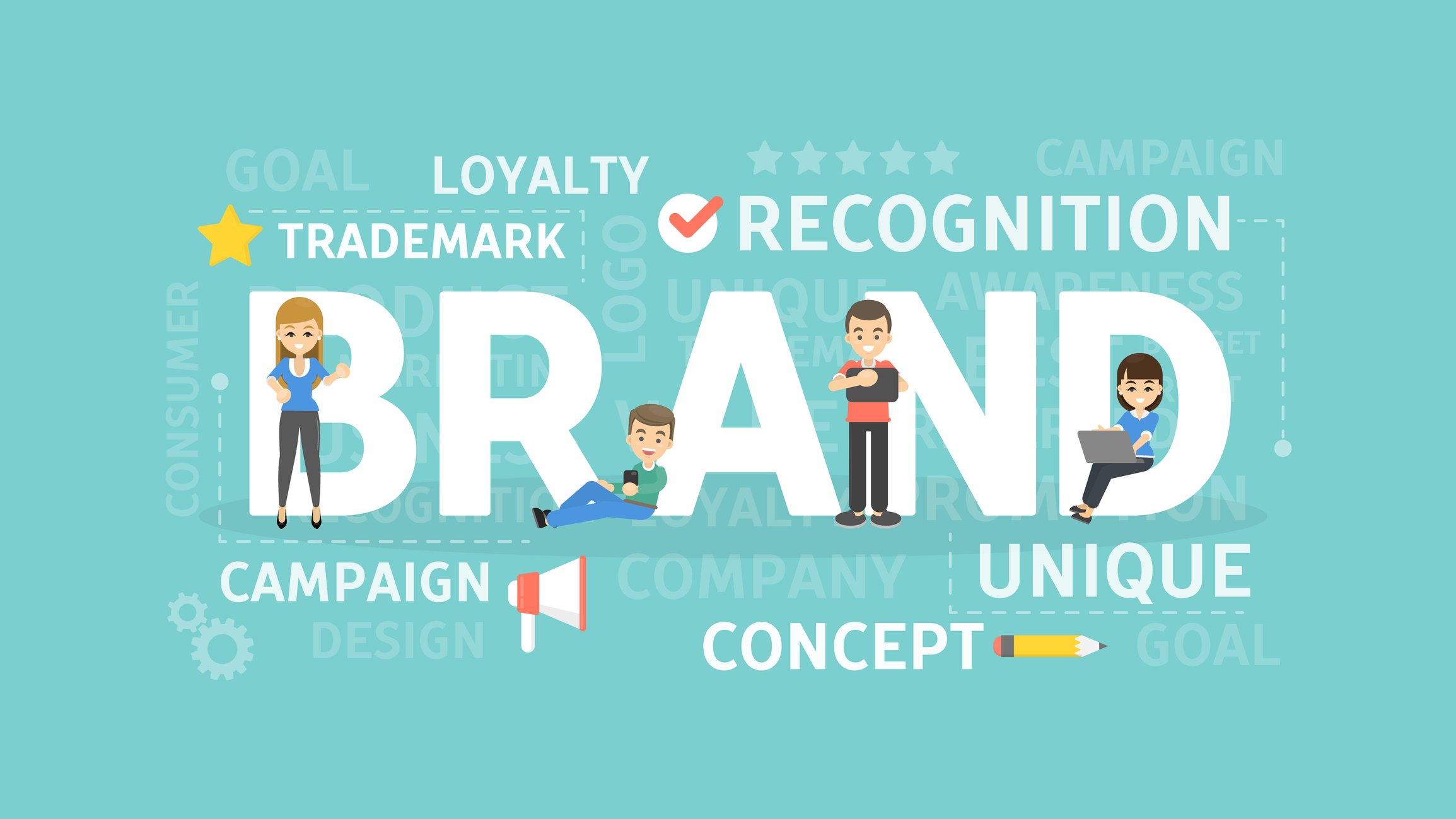 Your Guide to Brand Tracking

Brand tracking refers to the marketing efforts used to quantify the effects of brand building campaigns on sales and conversions.