Our Leadership at a Glance

Executive Chairman of the Board

Executive Chairman of the Board

Rex Briggs was named one of the dozen “best and brightest” in media and technology by Adweek, and one of the people to “watch and learn from” according to Brandweek. He has been honored with the Atticus Award for his work in direct marketing, the Tenagra Award for outstanding contribution to branding and ESOMAR’s Fernanda Monti Award for his work in CRM. Rex has also won international research awards for his work in understanding website effectiveness and online advertising. His work in understanding the effects of advertising in television, magazine and online was nominated for the prestigious John and Mary Goodyear Award for best international research. Rex was the first director of research for the Internet Advertising Bureau (IAB), and pioneered attribution analytics. His research has been translated into a half-dozen languages and he has taught at leading universities around the world.

Rex is the best-selling author of “SIRFs-Up – How Algorithms and Software are Changing the Face of Marketing.” The book tells the story of how brands can better optimize advertising spend with equations known as “Spend to Impact Response Functions” (SIRFs) and how they will become an integral tool for marketers of every size and vertical for allocating budgets and forecasting business results. Rex also is the best-selling author of “What Sticks: Why Most Advertising Fails and How to Guarantee Yours Succeeds.” The book draws learning from ROI measurement from 36 major marketers. The studies were designed by Marketing Evolution to track media expenditure in real time and offer solutions on how marketers can improve ad effectiveness. “What Sticks” was named the #1 marketing book by Advertising Age, and was featured on CNBC, Bloomberg, CNN, NPR and The Economist. Rex is an instructor for the Association of National Advertisers’ (ANA) School of Marketing, where he holds workshops on ROI measurement technologies and IMPACT Marketing.

Rex founded Marketing Evolution in 2000 and currently serves as the company’s Executive Chairman of the Board. Rex is known as one of the world’s leading experts in marketing ROI measurement and optimization technologies. His expertise derives from direct experience measuring and improving the performance of a wide range of marketing programs for more than 100 Fortune 500 marketers. 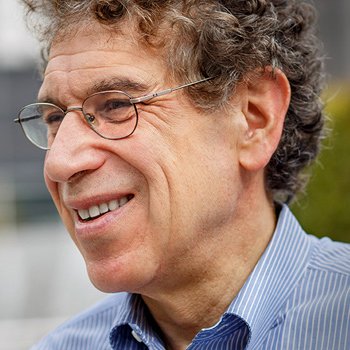 Mark is currently a member of the Board of Trustees of the Massachusetts Institute of Technology Corporation, and a board member of the MIT Investment Committee (MITIMCo). In 2011, Mark was appointed by President Barack Obama to the President’s Council of Advisors on Science and Technology, a 21-person advisory group of the nation’s leading scientists and engineers.

He graduated from MIT and received Masters Degrees from the University of Minnesota and Stanford University. 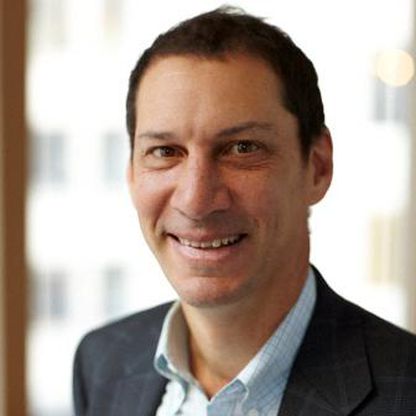 Jeff Horing has been a co-founder and managing director at Insight Venture Partners since 1995. Under his leadership Insight has become a premier venture capital and private equity firm with over $8 billion in committed capital for growth investments in software and internet businesses. Jeff’s areas of focus include data, analytics, mobile, and infrastructure and SaaS software in Europe and North America.

Prior to founding Insight, Jeff worked at Warburg Pincus and Goldman Sachs. Jeff graduated from M.I.T. and the University of Pennsylvania.

Ms. Luger has more than a decade of successful experience as an investor in energy technology companies. As a Vice President of Digital Power Capital at Wexford Capital, Ms. Luger worked on dozens of venture capital and growth equity transactions and has expertise in all key areas necessary for successful technology investing, ranging from deal sourcing, analyzing, due diligence and transaction structuring to portfolio oversight and exits. In addition, Ms. Luger gained operating experience by serving as Vice President of Finance at two portfolio companies. She holds a BA in Psychology from Columbia University (Magna Cum Laude and Phi Beta Kappa).

Daniel has over 30 years of experience as an engineer, VP Engineering, and CTO, with deep expertise in creating and managing technology intellectual property as well as in venture backed growth companies and their governance. Daniel is the principal inventor in dozens of seminal US and international patents related to remote data access and security.

Daniel served as general manager of Unwired Planet (NASDAQ:UPIP). Before Unwired Planet, in 1996 Daniel co-founded Visto Corporation which became Good Technology, acquired by Blackberry (NYSE:BB) in 2015, where he led key technology and intellectual property initiatives. Prior to Visto/Good, Daniel was Vice President and Chief Technology Officer at American Management Systems (AMS), where he managed large-scale projects and was involved in the AMS Center for Advanced Technologies. Daniel served in several technical leadership and management roles, including director and senior technical consultant at Cambridge Technology Partners.

Daniel holds an A.B. in computer science, with a concentration in cognitive psychology from Harvard University. Daniel is currently pursuing a Master’s Degree in Computer Science at the University of Nevada, Reno related to his passion for Machine Learning, Natural Language Processing and autonomous control systems. 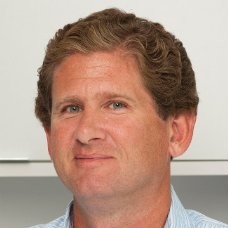 John is a highly accomplished Chief Financial Officer with over 25 years of financial and operational experience within a diverse group of publicly-traded and privately-held technology companies. He has domain expertise in media, SAAS and enterprise software. He is a former partner with PricewaterhouseCoopers and prior to joining Marketing Evolution, John held the CFO role at Razorfish, Right Media and DHI Group among others.

John has been a key leader in overseeing multiple billions of dollars of financings, public offerings including an IPO, mergers, acquisitions and divestitures creating significant shareholder value.

John holds a B.S. in Accounting from Boston College.

John knows finance, marketing and technology. He joined Marketing Evolution as its general manager of software development and operations, and then became president of the company in its transition to a fully SaaS business. Prior to Marketing Evolution, he headed up finance for a $2.5 billion region of Comcast. He understands the challenges of marketing ROI from a first-hand basis, both as a marketer and as a CFO. John has been deeply involved in marketing as a marketing strategy consultant and as a professor of marketing. John also founded Beacon Advisors LLC, a consulting firm specializing in the application of customer intelligence to market strategy and investment decisions, and was a senior partner at Mercer Management Consulting (now Oliver Wyman).

John holds a doctorate in business administration from Harvard Business School, where he concentrated in marketing research analytics and decision support systems. His research on how to best involve customers in software product development won awards from HBS, the Marketing Science Institute and the Institute for the Study of Business Markets. His work has appeared in The Wall Street Journal, Sloan Management Review and Journal of Product Innovation Management.

Learn About Our Open Roles

Help build the future of marketing and technology!